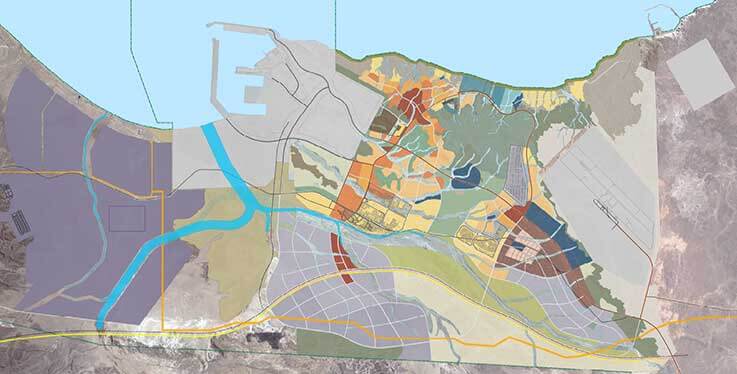 The Duqm Special Economic Zone Authority (SEZAD) manages, regulates, and develops all economic activities in Duqm.It plans, designs, and implements long-term strategies for infrastructural development and attracts investments to promote a wide spectrum of economic activities. It also oversees the urban expansion of the modern Duqm city while protecting the environment, thereby ensuring Duqm its rightful place as the best location to visit, live, work,and invest in the Middle East.
The SEZAD, is the focal point for potential investors. Through its one- stop shop, it registers, licenses, and provides environmental approvals using the best international practices. Imports into the zone will be duty-free. Future regulations regarding the Zone's company registrations, labor, trade, land, taxation, incentives, and so on will be announcedin due course.SEZ tax regimes, land lease rates, and utility tariffs will be provided at competitive rates.
The Duqm SEZ is a model of an integrated economic development composed of zones:
a sea port, industrial area, new town, fishing harbor, tourist zone, a logistics center and an education and training zone, all of which are supported by a multimodal transport system that connects it with nearby regions (e.g., the Arabian Gulf countries, Middle East, East Africa and Southeast Asia). The Special Economic Zone is administered, regulated and developed by the Duqm Special Economic Zone Authority, a financially and administratively independent government entity.
With a land area of 2,000 km2 and 70 km. of coastline along the Arabian Sea, the Duqm Special Economic Zone (SEZ) is the largest in the Middle East and North Africa region and ranks among the largest in the world. The Duqm SEZ has long been envisioned as the place that will balance regional development by energizing the Al Wusta governorate in addition to diversifying sources of national income and creating job opportunities for Omanis.
To view SEZAD brochure please click here