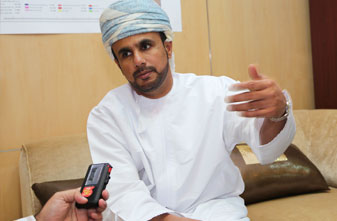 Deputy CEO:
We have completed the launching of the One-Stop Station and we welcome Investors in Duqm and Muscat.

Ismail bin Ahmad Al Balushi, Deputy CEO at SEZAD, said that SEZAD has started accepting investors’ applications through the One-Stop Station which SEZAD had allocated all the required resources to in order to meet the requirements of investors who wish to set up their projects at SEZD without the need to apply to the competent authorities to issue other licenses.

In an exclusive interview with Al Watan Al Iqtisadi, he welcomed all foreign and local investors, saying "we welcome investors from the Sultanate and all other countries and the One-Stop Station will provide its services from its headquarters at Duqm and its offices in Muscat, indicating that SEZAD is keen to meet the requirements of investors in terms of services needed including facilities to issue licenses and economic, environmental, industrial and tourism approvals as SEZAD realizes the importance of the role played by such stations in order to accelerate the completion of procedures and the issuing of licenses with ease and under one roof.

Al Balushi pointed out that SEZAD has benefited from the experience of existing stations and it has reviewed many previous experiences. SEZAD has also engaged a number of other governmental bodies to provide their vision regarding the implementation of this project in Duqm to be a distinct and model station.

The Deputy CEO of SEZAD explained that the One-Stop Station has been equipped so that the investor can complete the processes of registration of his commercial enterprise in a period that does exceed 48 hours provided that all requirements and procedures of the project are met. He also indicated that the royal decree concerned with establishing SEZAD has given it many privileges; including the provision of facilities and services that promote investment and administrative work in the Special Economic Zone along with harnessing all the conditions that enhances the Zone’s ability to attract various investments and this is what SEZAD has been working towards since it was established, and it has taken great steps in this regard.