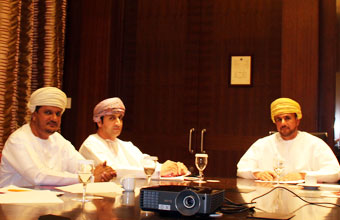 Local Community Development Committee (LCDC) at the Special Economic Zone Authority in Duqm (SEZAD) announced that the cost of programs and projects implemented in Duqm within CSR programs exceeded OMR 1,000,000 since inception of SEZAD late 2011 until the end of 2015.

Last week, LCDC held its first meeting for this year chaired by Ahmed bin Ismail Al-Balushi, Deputy CEO at SEZAD and LCDC Chairperson. The meeting discussed last year’s achievements and the programs during the current year.

LCDC decided to proceed with internal scholarship program for bachelor degree it initiated two years ago and aimed at the students of the Wilayat of Duqm who study at the expense of SEZAD or companies operating therein and receive a monthly salary.

In the area of ​​education and training, LCDC also decided to extend English teaching program for students of the Wilayat of Duqm to include other schools in the Wilayat following its implementation at only two schools last year. It is noteworthy that that program covered SEZD workers in its evening session.

LCDC also discussed a proposal to make a camel-racing field in the Wilayat, and stressed its willingness to finance that pending the specification of the location by the Camel Racing Committee in the Wilayat. It also reviewed organizing an annual honoring ceremony for outstanding workers in SEZD projects, companies supporting CSR programs and companies with the highest Omanization percentage. LCDC also recommended the construction of awnings for some schools in the Wilayat of Duqm.