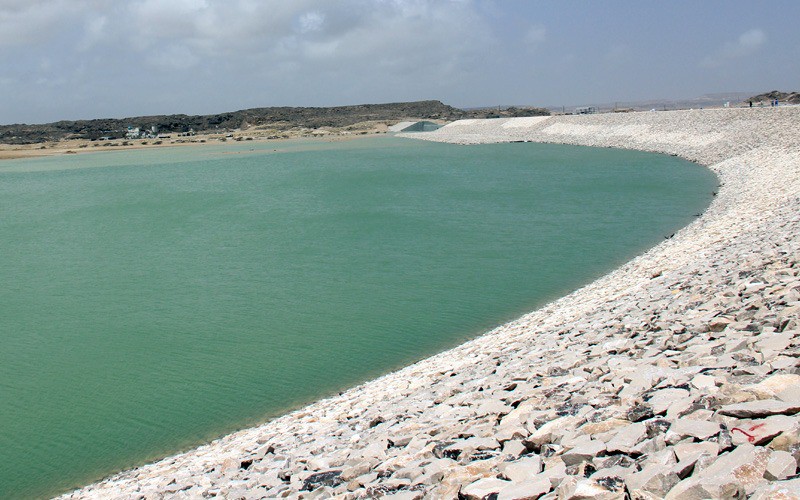 During the visit, His Excellency Yahya bin Said Al Jabri was accompanied by His Excellency Said bin Hamdoon Al Harthi, the Undersecretary of Ports and Maritime Affairs at the Ministry of Transport and Communications. The visit included touring the dams, water drainage canals, Duqm Refinery, Duqm Port and a number of other private sector projects in the Zone.

Post visit, Chairman of the Special Economic Zone Authority at Duqm expressed his satisfaction with the efforts extended by the employees of SEZAD, companies operating in the Zone, the Royal Oman Police and the Wali Office of Duqm to deal with the tropical storm, Hikka. As well, he commended all the joint efforts made towards covering the affects caused by the storm.

Establishing the protection system comes as part of SEZAD's efforts to provide maximum protection to the Special Economic Zone from floods and such diverse weather conditions. The system is aimed to protect major projects under construction in the Zone including Port of Duqm, Dry Dock, Duqm Refinery and other projects too.

The height of the Wadi Jurf dam is about 19.4 meters and extends for 1600 meters while its width at the base is about 100 meters and its thickness increases as it rises to reach 8 meters at the end. Its lake has a storage capacity of 32.8 million cubic meters of flood and wadi water.

On top of that, SEZAD has also established three canals for the safe discharge of water into the sea. Besides, at the planning stage, it has been taken into consideration the tracking of the original routes of the canals and the collection of rainwater from the secondary canals in a way that does not affect the plan of the economic zone.

On the other side, Excellency Said bin Hamdoon Al Harthi, the Undersecretary of Ports and Maritime Affairs at the Ministry of Transport and Communications, confirmed that the protection system at the Special Economic Zone at Duqm served as a real protection for the Port of Duqm and the dry dock from the floods of wadies.

He also noted that “The potential risks, which could affect the port, dry dock and other projects have been reviewed and flood of wadies was the main one. There were 17 vessels docked during the storm at Port of Duqm, which provided shelter for 50 fishing vessels”.