SEZAD confirms infrastructure projects in Duqm not affected by Hikka 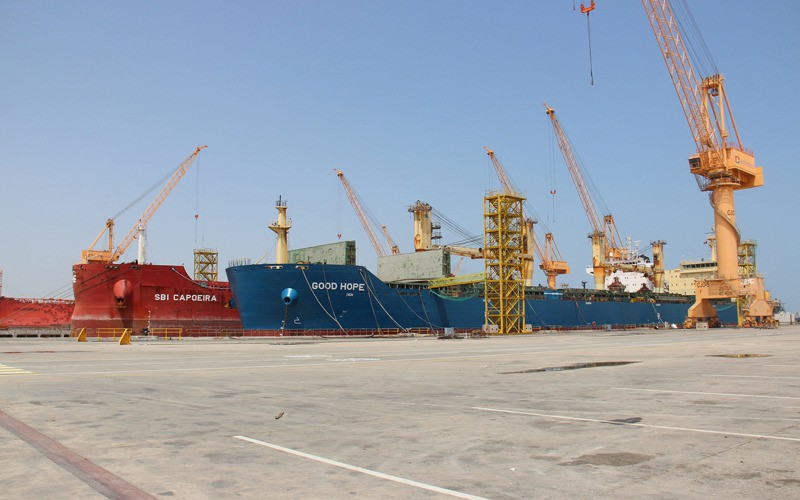 The Special Economic Zone Authority at Duqm (SEZAD) confirmed that the infrastructure projects at Duqm were not affected by the tropical cyclone Hikka, which crossed Duqm on Tuesday, 24th of September, and resulted in heavy rainfall of 116 mm, according to the monitoring station in Duqm.

In this regard, Dr. Ismail bin Ahmed Al Balushi, Acting Chief Executive Officer of SEZAD, said that the Port of Duqm, Dry Dock, Duqm Airport, tourism projects and main roads were not affected by the heavy rain and winds. He also confirmed that the dams built by SEZAD held large quantity of water, which has been afterward absorbed by the drainage channels and smoothly drained into the sea.

Therefore, all other infrastructure projects at the Special Economic Zone were protected by these dams. Upon his site visits, Dr. Al Balushi pointed out that the port, dry dock and other projects have resumed work yesterday morning. He also added that the awareness campaign and efforts made by the Emergency Response Team, the Wali of Duqm and other government bodies since the initial announcement of this tropical storm helped to save lives of residents and workers at Duqm as sites have been evacuated before the storm starts.

Regarding the road leading to the Chinese Industrial City and Karwa project, which was affected by the heavy rains, Dr. Ismail bin Ahmed Al Balushi said that the road referred to is a secondary one. However, the contractor and consultant were directed today to accelerate reconstructing the road, while all other roads in the Zone were not affected at all.